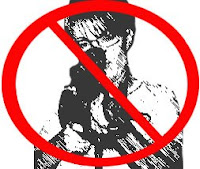 I received the following email today and decided to post it in its entirety.

We are writing to you because of the fury and dread we have felt since the announcement of Sarah Palin as the Vice-Presidential candidate for the Republican Party. We believe that this terrible decision has surpassed mere partisanship, and that it is a dangerous farce the part of a pandering and rudderless Presidential candidate hat has a real possibility of becoming fact.

Perhaps like us, as American women, you share the fear of what Ms. Palin and her professed beliefs and proven record could lead to for ourselves and for our present or future daughters. To date, she is against sex education, birth control, the pro-choice platform, environmental protection, alternative energy development, freedom of speech (as mayor she wanted to ban books and attempted to fire the librarian who stood against her), gun control, the separation of church and state, and polar bears. To say nothing of her complete lack of real preparation to become the second-most-powerful person on the planet.

We want to clarify that we are not against Sarah Palin as a woman, a mother, or, for that matter, a parent of a pregnant teenager, but solely as a rash, incompetent, and all together devastating choice for Vice President. Ms. Palin's political views are in every way a slap in the face to the accomplishments that our mothers and grandmothers and great-grandmothers so fiercely fought for, and that we've so demonstrably benefited from.

First and foremost, Ms. Palin does not represent us. She does not demonstrate or uphold our interests as American women. It is presumed that the inclusion of a woman on the Republican ticket could win over women voters. We want to disagree, publicly.

Therefore, we invite you to reply here with a short, succinct message about why you, as a woman living in this country, do not support this candidate as second-in-command for our nation.

Please include your name (last initial is fine), age, and place of residence.

We will post your responses on a blog called 'Women Against Sarah Palin,' which we intend to publicize as widely as possible. Please send us your reply at your earliest convenience the greater the volume of responses we receive, the stronger our message will be.

Thank you for your time and action.

But don't get too distracted because SARAH PALIN AIN'T THE ONE RUNNING FOR PRESIDENT! JOHN MCCAIN IS!

Obliged to you for hearing me, and now old SjP ain't got nothing more to say.
announcing: women against sarah palin
https://sojournersplace.blogspot.com/2008/09/announcing-women-against-sarah-palin.html

announcing: women against sarah palin
https://sojournersplace.blogspot.com/2008/09/announcing-women-against-sarah-palin.html
This entry was posted at Thursday, September 11, 2008 and is filed under c'mon now, i sing american 2, politically speaking . You can follow any responses to this entry through the .

couldn''t have said it any better myself. Her nomination is an insult to American voters especially women

I didn't know that her selection would be this motivational. But then again, she intends to set women back a few decades.

thanks for the link love....and you're right -- McCain is the issue, not Palin. we need to defeat HIM!