Posted by SjP in ain't i a woman salute

Sojourner's Place is proud to present this series entitled: Ain't I a Woman? A Sojourner's Salute. Each post will present an African-American woman whose greatness and impact was or is largely overlooked by the history books or media. I hope you will find this series to be enlightening, educational, and inspirational in celebration of the lives of African-American women who made and are making a difference.

The granddaughter of a freed slave, Janet Harmon Bragg used her education and business

savvy to leave the pile higher for all who followed. Born in Georgia and trained as a nurse at Spelman College, she to Chicago and worked as a nurse until enrolling at Chicago’s Curtiss Aeronautical University ground school in 1933. Although she studied she lacked the primary tool necessary for aeronautical training - an airplane. So what did she do? She bought one!

After the purchase, however, she soon came to realize that there were no airports which allowed Black pilots to fly. So, what did she do? She along with Bessie Coleman and other in her class purchased land and built and airfield in the all-black town of Robbins, Illinois.

Earning her private pilot's license, Janet wrote a weekly column called “Negro Aviation” for the Chicago Defender newspaper. Denied entry into the Women’s Auxiliary Service Pilots (WASPs) during World War II, Janet eventually earned her commercial pilot's license, launched a successful nursing-home business, and became a successful entreprenur. In addition to being a speaker at aviation events across the country, she was also a world traveller. Overlooked in American history books, she was welcomed and honored by royalty in Africa.

To learn more about Janet Harmon Bragg, I encourage sojourners to read a summary of a 1989 interview with Janet conducted by Joan Rogers.

In Janet's own words:

I hope that my experiences and the experiences of others will serve a two fold purpose: 1) to convey the price that had to be paid to lay the foundation for today; but more importantly: 2) (I hope Black youth will realize) the kind of strength of character, the kind of determination and the importance of setting a goal, and [not] allowing anything to deter one from achieving that goal.

Sources: Geerkellas and In the Steps of Esteban 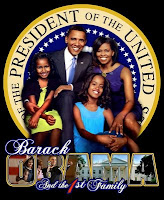 ain't i a woman? a sojourner's salute to janet harmon brag (1907-1993)
https://sojournersplace.blogspot.com/2009/01/aint-i-woman-sojourners-salute-to-janet.html

ain't i a woman? a sojourner's salute to janet harmon brag (1907-1993)
https://sojournersplace.blogspot.com/2009/01/aint-i-woman-sojourners-salute-to-janet.html
This entry was posted at Saturday, January 17, 2009 and is filed under ain't i a woman salute . You can follow any responses to this entry through the .

Thank you sis for starting this series. I love history and knowing I can come to "one place" to get that knowledge is wonderful..

I think this bit of history is so important for all to know. There is so much more out there that has been passed by and I enjoy finding them. Thanks. I am passing it along.

Good lesson, a little teaching is what is needed out here.

@ Iriegal, MPH, & Mike: I'm enjoying doing this series, too. I'm learning so much about "little known" African American women who paved the way for us.

hello sjp,
thank you for spreading the knowledge of Our most rich and vast past.
i would use as many people that are 'little known' as possible when i taught.
i intergrated Everything with the students art lessons.
i was taught to learn as much as possible about as many people and subjects/areas as possible.